Design with the Other 90% – Cities Exhibit

While attending the UN – Year of the Volunteer +10 I had the chance to see the Design with the Other 90% – Cities exhibit in the lobby of the UN. The exhibit is full of examples of creative design innovations to help those living in slums, favelas, or informal settlements. It is a fascinating installation that ends Jan 9, 2012. I highly recommend visiting if you are able but for those who are unable to, you can check out their website, Design for the 90% or their book (more information below).

Almost one billion people live in informal settlements, or slums around the world. The problem is exacerbated not just by a growing population but also a migrant one. More than half the world’s population lives in cities and around 200,000 people move to cities each day. People move to cities for better access to resources, jobs, school. Living in slums does not necessarily give them that access, though it might get them closer. The innovations featured in the exhibit focuses on adaptive solutions to gain access to adequate housing, resources and infrastructure.

Some of the example that I found most interesting were the housing solutions. The picture below is from an incremental housing project in Chile. A large portion of the house was built with government subsidies that the residents could never afford on their own but then the residents are required to complete the house with their own funds. Some other creative housing projects included sandbag houses, “molding” a house with a plastic framework, and modular homeless shelters.

The exhibit is the second of a series by the Cooper-Hewitt National Design Museum and also has a book out, Design with the Other 90% – Cities. The book basically covers what is in the exhibit and includes a chapter by the curator, Cynthia Smith, some chapter prefaces, and facts and background to the projects. A majority of the book are short profiles that contain really only a paragraph or two for each example included in the exhibit but the book is a nice reference to remember the installation or give someone a chance to “view” the exhibit through the book.

By Genevieve Brown | Uncategorized | No Comments

AJWS is an international development organization guided by Judaism’s imperative to pursue justice. AJWS offers service and travel opportunities as part of their mission to “to alleviating poverty, hunger and disease among the people of the developing world regardless of race, religion or nationality. “ AJWS programs are open to those with Jewish backgrounds who wish to serve and include shorter-term opportunities, like their Alternative Breaks, and longer-term programs like their Volunteer Summer, World Partners Fellows and Volunteer Corps programs.
“AJWS is known for their quality in programing. They offer well-structured, rigorous programs that give a deep experience in service.” says IVPA Executive Director Genevieve Brown. “We are excited to be announcing AJWS’s membership in IVPA.”

IVPA stands for quality and responsibility in the field of international volunteering. Organizations in
the US are eligible for membership in IVPA if they meet IVPA’s Practices and Principles and have at
least two years of incorporation.

By Genevieve Brown | Uncategorized | No Comments

Today, December 5th, is the International Volunteer Day it is also the 10th anniversary of the UN Year of Volunteers (IYV).

International Volunteer Day is a great day to focus on local, national and global volunteer efforts. Many of IVPA’s member organization are holding their own events to recognize their volunteers.

IVPA is celebrating by attending the UN IYV+10 meetings where the UN is focusing on recognizing volunteerism and the good that comes from volunteer work as well as looking to the future for ways to promote volunteerism.  Today is also the launch of the State of the World’s Volunteerism Report. More information is to come on the report and the meetings of today.

“A Different World Can’t Be Built By 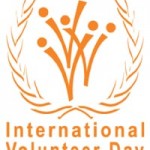 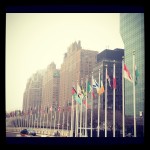 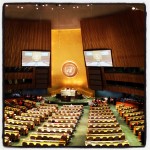 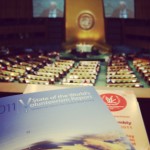 The International Volunteer Programs Association (IVPA) is a nonprofit accrediting body dedicated to promoting awareness and access to quality volunteer aboard programs.